Transistor, at its fundamental, is an electronic component with the ability to perform two different tasks that are thrown at it. It can perform either as an amplifier to amplify the electric current which is fed to it, or it can perform as a simple switch to either restrict or allow the flow of current through it. Our computer processors are complex transistors working close to the principle of a semiconductor. The only difference that lies is they perform more complex binary calculations within a limited time frame.

The Evolution of Intel Generations —

Intel has been the only brand successful in making the size of its transistors as minimum as possible. The same has given birth to generations of a processor family which consumes lesser energy and generates less heat. Yes, the underlying concept behind the generation, is to make them utilize as much less energy as possible while the same will have a direct result to the thermal output from one such processor.

For example, the second generation of the Intel Core processor was known as Sandy Bridge. The processor hosted a shared cache, memory controller, graphics circuit, and the CPU on the same die. Likewise, Intel has improved its processor architecture with every generation they have introduced so far.

The 9th Generation of The Intel Core Processors —

When Intel introduced the 9th generation of the Core family of desktop processors, the only thing they had in their mind was the level of performance such processors could hold in them. Whether if one was a gamer or a fantastic video creator, all he/she had to do is to hook himself up with the latest generation of Intel processor. The execution of intense computing tasks came out like butter.

The 9th generation took desktop PC performance to a whole new level. With that, Intel also decided to come out with a flagship Core i9 CPU with 16MB of Cache. Intel turbo boost technology 2.0 helped in the overclocking game, while the processor was successful in clocking a record braking frequency of 5.0 GHz.

What Did it Deliver?

About time, Intel announced the release of their next wave of the Core processor family, and the only expectation out of them is top guns. The processor architecture is based on the Comet Lake H-series. With that, Intel has made sure to roll out their 5 GHz benchmark yet again with the tenth generation of the Core processors. Undoubtedly, one of the most powerful processor generations is here, and it goes into those high-performance laptops and computers with a need for extreme power. The new chips from Intel also have their thermal design power index to as minimum to 45W. Yet they have managed to surpass the clock speeds above the 5.0 mark.

The knight of all the kings has to be the Core i9 chip with eight cores and sixteen threads to have a base clock speed of 2.3 GHz. The same is overclock able to 5.0 GHz. Even they have paid equal attention to the two i5 processors which are said to have a clock speed of 4.5, and 4.6 GHz respectably. The tenth generation so far is a major leap forward to the future by Intel.  The semiconductor giants promise a 44% better performance in comparison to its predecessor.

What to Expect From The Intel 10th Generation?

The power of ten from Intel is strong, and with their new generation of Core processor family, there are certain things to expect at its best.

Now that your introduction to the tenth generation of Intel Core Processor is over, it is just a matter of time before you lay hands on them as we start stocking them at our warehouse.

What are your thoughts on the Intel Gen 10? Are you excited? Comment Below.
Don’t forget to check out our store for cool and trendy gaming products. 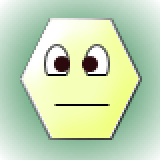