In 2019 the release of AMD Ryzen 9 3900X and its rival Intel Core i9 9900K has been able to gain significant space in the multicore powered systems. Both AMD and Intel have always worked towards providing rapid and competent chips.

The motive to create multicore processors is to meet both commercial and consumer demand, which expects more and is constantly looking for better alternatives. Before you buy any of these remarkable processors, there are factors beyond multicore that you must consider.

Till now Ryzen 9 3900X is regarded as the overall winner by many tech enthusiasts. Having said this, let’s look into the specification for both in detail.

Talking about the single-core speed, Intel Core i9 9900K is faster and is also slightly better at quad-core speed. Whereas AMD Ryzen 9 3900X takes away the tag for much faster multicore integer speed and multicore floating point speed.

This speculation is for both average users and peak performance. Base clock speed is somewhat faster for Ryzen 3900X with 3.8 GHz. Turbo frequency of 5 GHz makes i9 9900K better, as opposed to Ryzen 3900X. Intel Core has a better market share and is considered moderately better in value for money. Before we look into the comprehensive speculation, here is the comparison from the UserBenchmark. On left side it is for Intel Core i9 9900K and on the right side it is for AMD Ryzen 9 3900X—

Without any doubt, AMD Ryzen 9 3900X is the productivity king. It handles almost all tasks well using its cores and threads to utmost capability. Only when it comes to editing the photos or a spreadsheet work and video conferencing that Intel Core i9 9900K takes the lead.

Wherever there is a use of extra cores and threads, Ryzen 9 3900X performs better. That includes rendering for 3ds Max, 4D Cinema, interactive 3D applications, LuxMark etc. All the encoding tasks are carried out effectively by Ryzen.
Power consumption becomes an essential factor for people who care about their electricity bill. With more cores, Ryzen 9 3900X has 105W TDP. Core i9 9900K has 95w TDP. According to several tests done by tech enthusiasts, it concludes that the maximum drawing capacity is less for Ryzen 3900X.

As Intel has the better overclocking ability and this factor makes it less power efficient. Many test results show the stock speed to be the same for both of them. Also, because of Ryzen’s 7nm cores makes it an overall winner in these two aspects of productivity and power consumption.

Intel Core i9 9900K can hit maximum 5.1 GHz on all cores. AMD Ryzen 9 3900X has designated clock boost up to 4.6 GHz, but it can actually hit up to 4.3GHz since Ryzen 3900K has efficient cores with 7nm hinder its overclocking capacity.

These cores are already pushing the processor to perform at its maximum capacity, so even when it overclocks, it is hard to notice any considerable difference. i9 9900K is a master at overclocking.

Even though processors use thermal interface material but reaching as high as 5.1 GHz would require the temperature to be under control. Overheating is the hardest challenge as it becomes hotter as compared to Ryzen 3900X (which runs much cooler). The users must invest a sufficient amount of money in cooling solutions if they are planning to buy Intel Core i9 9900K.

Investing in an extraordinary graphics card is the topmost priority for any gamer. Now to use that graphics card to it its maximal potential and to boost overall performance- your gaming rig absolutely needs an intensive processor as well.

AMD Ryzen 9 3900X surely beats Intel Core i9 9900K on many aspects but when it comes to single-core performance and overclocking i9 9900K does it the best. These two aspects are crucial for gaming. Higher clocks rule the world of 1080p gaming. Ryzen 3900X runs its processor at stock speed, and this makes it slightly not preferable for gaming.

Although with a good GPU you can choose either as choosing Ryzen 3900X will not make you go drastically wrong. Only when it comes to the highest frame rates that i9 9900K shines out. There is an argument here if as a gamer, you desire to live stream, greater core count of Ryzen 3900X might come handy. Here, at video streaming, it has the edge over i9 9900K.

Ryzen 3900X has done justice to its pre-launch hype. Intel must feel a slight change in the position it has enjoyed for more than a decade. At at a reasonable price, AMD has surely given Intel a fierce competition. 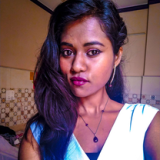