Are you stuck in lockdown? Are you getting bored in isolation? If yes, then it’s time that you energize yourself with some of the excellent survival games of the gaming industry. The below-listed games are going to tell you that survival is the first instinct in any human being. Our long-gone ancestors were considered to be the toughest survivals of all time but do you think you still have that instinct alive within you? If yes, then showcase your skills, abilities, and strategies in the following games.

It’s 2020, and still, games like Minecraft don’t seem to come to an end anytime soon. A lot of online multiplayer games surfaced and vanished. But, here we have Minecraft still up and thriving like never before. It’s a game that has been an integral part of our childhood. Minecraft is a sandbox video game, but it still has different modes in it, survival mode being one of them. That’s the sole reason that we have included the game in this article.

It’s shocking to see that even after so many years, the community of Minecraft is still so active and loyal. In the game, you are free to build your shelter but remember that you need to collect different items right from rocks to wood. Somewhere between playing Minecraft on mobile phones to running own Discord servers, we all grew up.

On an Island, some 100 players are dropped bare hands, and every other player aspires to be the last man standing. But why? Well, it’s for Chicken Dinner! PUBG is considered to be one of the early pioneers of the Battle Royale genre. In a very short duration, the game rose to fame and became a large part of every aspiring gamer. If you have played the early 2000s PC shooting games, then you must check out PUBG at least once.

The gaming community has evolved a lot in recent times, all thanks to the makers of PUBG, who created such a masterpiece.  The majority of its loyal user base comes from the mobile version, but this doesn’t mean that the PC and console version is any bad. Give the game a shot!

If you are looking for a full-fledged human survival simulator, then you should go for Rust. The concept of the game is very much similar to PUBG. You are on an island with just a torch and rock. There are 200 other more people with you on the island, and your objective is to survive. You can do that by killing others or forming alliances with them. When we first heard about the concept, we were immediately hooked to finding more about the game.

To survive in the game, you also need to consume food, and for that, the players can go to any limit, even if it requires eating the dead players! During the game, you will come across many resources and materials that you can use to make guns, swords, and bows. Rust is considered one of the all-time favourite survival games of players across the globe.

Does the idea of a zombie survival game excite you? You may think that there are many games in the zombie survival genre, so what’s so special to be excited about it? Well, you are right, but the game which we are going to discuss is a popular and cult classic zombie survival title. On top of it, no other similar game has ever managed to come close to it. Left 4 Dead 2 has become one of the pioneers in this genre and also an inspiration for many more similar games to come.

It’s been 11+ years, and still, the magical elements of it like special zombies and 4-5 layer multilayer combat excite us to the core. No matter how much time we play it, we seem never to get bored out of it. The developers behind the game, Valve, for some reason never work with the number “3”. Due to this reason, many of their games never came up with a third edition or sequel. They usually stop at the second edition. But, in the case of Left 4 Dead 2, the fans believe that Valve may break this reasoning.

The above-listed survival games are one of the finest out there in the market, but if you don’t play them with the best graphics card, then you won’t be able to get the most out of them. Playing on an outdated and old machine won’t give you that much thrill and fun. That’s why to enhance your gaming experience; we are introducing you to ZOTAC GEFORCE GTX 1050TI OC 4GB GDDR5. It’s a budget-friendly and powerful graphics card directly from the house of Zotac.

It can easily upgrade your ageing PC, resulting in the fastest frame rates that your machine is capable of delivering. The days are gone when you had to empty down your pockets to get the best gaming experience. In today’s time, thanks to inventions like ZOTAC GEFORCE GTX 1050TI OC 4GB GDDR5, you can play different types of PC titles without compromising with the quality settings.

Final Words On These Games —

Survival games have always been a great way to pass the time. During the Corona Lockdown, not only playing these games will keep you busy during the isolation period, but it will also teach you the essence of survival. Thousands of our readers are getting the most out of their survival games through the ZOTAC GEFORCE GTX 1050TI OC 4GB GDDR5 graphics card. Are you ready to join them?

What are your thoughts about these games? Kindly let us know in the comments. 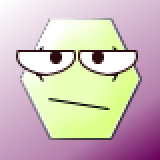