Starting off with the SUPER Edition releases of RTX 2060 – RTX 2070 & 2080. Which featured VRAM Upgrades along with memory frequency boost.

*NVIDIA released the all new Geforce GTX 1660 Super – while it is surely a stunning news, there’s more to it than meets the eye.The release was kind of confusing as  it looked like a light refresh like the GTX 1660 Ti replaces the 1660 with more cuda cores and higher base and boost clocks out of the box.

*Increase in bandwidth is surely an significant improvement but how much it affects performance is tough to imagine.Though NVIDIA suggested that the VRAM change will provide marginal improvement of 10-20% increase over the GTX 1660 . 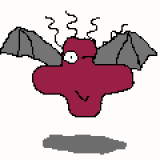