AMD is changing the model of cooling solution it will be using for its next-generation graphics cards (RDNA 2-powered). The Company is shifting away from the blower-style cooler and utilizing axial fans, which are used by Nvidia. AMD is now following NVIDIA when it comes to the idea for its next generation of cooling fans.

Scott Herkelman (VP & GM of Radeon Technologies Group), teased next-generation Radeon RX ‘Navi 2X’ GPU based graphics card design, confirmed that the team’s future reference designs would go for a cooling method with open-air and leave the blower fan ideas. After getting feedback on its previous Radeon RX 5700 series reference designs, the company had made some changes in the graphics card.

AMD gave us the first impression of its next-generation Radeon RX lineup last week. The new graphics cards, which will be based upon the Navi 2X GPU architecture is supposed to deliver up to 50% better performance per watt accompanied by new specialities such as real-time ray tracing, variable-rate shading and much more. Last Wednesday, the company teased what Big Navi would look like; this reveal comes from AMD’s Financial Analyst Day presentation.

“There will be no blower reference fans for gamers on next-gen. So you are correct 😉. Our AIBs may choose to do a “blower” design on any of the next-gen GPUs; however, the majority of feedback we received from the community at the launch of 5700 XT on AMD reference designs has guided us towards dual/tri-axial designs. I’m excited for you all to see them when the time is right!” — Scott Herkelman (VP & GM of Radeon Business Unit). 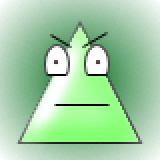